kanthari – Change from Within

A Social-Changineer, Paul Kronenberg, together with his partner Sabriye, started kanthari, a training institute for social visionaries.

A Social-Changineer, Paul Kronenberg, together with his partner Sabriye, started kanthari, a training institute for social visionaries. But before breaking down all about kanthari in the beginning, Paul, in the webinar, takes us on his journey of understanding and realizing how one can ignite people who desire to bring change in their community.

From Experience to Idea

Paul begins with a story of his partner, Sabriye along with their encounter with diverse lives, young and aged with adversities yet embracing their own soul as is. Each story is pregnant with simple lessons that we often ignore. Paul talks about a little 8 years old boy who was literally excited and happy with radiating energy to find Sabriye who is blind as he is! Later Sabriye found out that it was an intelligent village Chief who never saw people like the little boy any different. In fact, he believed in them and found rich opportunities with any work given. Upon Sabriye’s asking, he says that he herds yaks and goats in the mountains, doing house hold work as any body does.

Till then Sabriye encountered blind people who were treated as inferior and outcasts that led them to deny their own self from society. Till then then her idea of adversities, as she experienced, was negative and toxic. At that point, she was struck with an epiphany of how if one is given the time, space, and understanding can do a lot more. That made enough spark and noise to birth Braille Without Borders.

In the webinar, Paul highlights how society and even our own family, at most times, don’t believe in people. He requests us to reimagine the world and get up every day in the morning with a meaningful purpose that, upon working on, makes us happy. And if you are not happy, there’s only one person who could do something about it to make it better. And that is YOU.

From Idea to Creation of New Leaders

Treating people as outcasts for their unique conduct or different experience is a common practice. But we are oblivious to the fact that this shouldn’t be the way as it is in the first place. Both Paul and Sabriye’s personal experiences led them to relate to and empathize with the pain-points of children, men, or women who are deemed as inferior. And this led them to birth kanthari.

The idea of both Braille Without Borders and kanthari is to foreground the potential of the plan for social change that people carry within themselves.

Story behind the name kanthari

The name of the organization, kanthari, has a story behind it. In the webinar, Paul narrates it with humor and delight. One day, at lunch, Sabriye started jumping as her mouth was on fire! What caused it? The people there, had a merry laughter and said that she probably chew on a kanthari. It happens to be a type of chilli. One that is very small and harmless from the outside but is fiery from within. And that was the point they decided their changemakers’ title and the idea behind it.

kanthari offers a unique Journey in Five Acts to train people with a desire to change the norms and construct to a warmer and happier space around. The spiciest chilli made Paul and Sabriye come up with different colors to signify their different kantharis.

Green: The Green kantharis or changemakers develop the training institute to instruct, teach, and equip the social visionaries to become kantharis.

Yellow: Technology is equally pivotal now. The yellow kantharis monitor the ethical game and that all need to be fairly sized.

Orange: The Orange kantharis are the business mindsets. Given money, they can turn their passion into a fruitful money generating business. The mindset shift to create a business.

Red: The Red changemakers are Activists. They do not need money to cause a stir among other sufferers in a community.

Purple: Purple kantharis are Artists who influence others through their art to take a stand and participate in their cause.

Paul looks in retrospect humorously about how his mother taught equality. The sibling who cuts the candy or cake into pieces gets to take their share at the end when others have taken theirs. This way, the sizes were all equal.

Paul delightfully asks us to, “..imagine a world where you are not yet born into..”. We don’t know if we are going to be born black or white, poor or rich, straight or gay, etc. Then, we will be the one who cuts the ‘cake’. Paul warmly teaches why we must give up something so others can go a little higher.

Watch the webinar to hear Paul’s witty talk and much more.

Join Eprenz and Paul Kronenberg in this webinar to understand his way of encouraging people to bring change in the world. 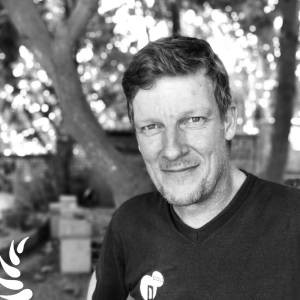 Set up and ran Braille Without Borders in Tibet, including a preparatory school for the blind, a vocational training farm, a Braille Printing Press and a pro-active self-integration program – 19 years.