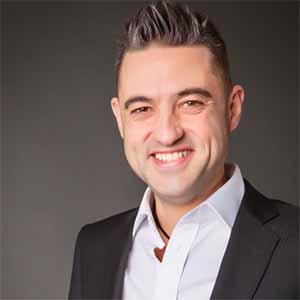 I have a track record of having now enabled over 1000 entrepreneurs and business owners to completely transform their lives and often just after one transformation coaching session with me.

Ever since he was young Dan has been so ambitious that his parents often told him to be realistic.

He’s been severely bullied at school, laughed at by his school teachers for bad grades and then he wen’t on to struggle and fail in successfully launching over thirty business ideas before succeeding.

For years he couldn’t afford to even pay rent on grimy little bedsit apartments.

The many years of struggle and little to no success he gained, caused Dan to feel depressed and angry that the world seemed so unfair so he invested every penny he could get hold of to find the answer as to why he kept failing.

This led Warburton on to completing over two hundred courses that included mindset transformation, leadership, marketing, branding, sales, entrepreneurship, business studies, tai chi and even yoga and meditation in the Himalayas with yogis.

As a result of his commitment to succeed, Dan now lives an enviable lifestyle. He currently lives in a luxury apartment in the South of Spain with panoramic sea views while he also has the freedom to travel as much as he chooses.

Because of all the years he endured in failing before succeeding, in 2016 he launched himself as a transformational coach to focus his energy on ensuring other entrepreneurs didn’t go through the years of struggle as he did and instead enable them to also succeed at creating their own dream lifestyle.

Based on all his coaching experience and from having carried out years of extensive research, he published groundbreaking knowledge about what it takes to succeed as an entrepreneur in his book called Dream it Choose it Live it. The book became an Amazon best sellers and was placed amongst the publications of other giants such as Elon Musk, Sir Richard Branson and it’s now also recommended by the great Robin Sharma, the world renowned leadership coach and author of the book The Monk Who Sold His Ferrari.

As a result of Dan’s commitment to serve, he has now coached over 1000 ambitious individuals and he has web spaces full of testimonials from his clients stating that they created results they never imagined possible as a result of implementing his coaching.

Now Dan is regularly invited to speak in front of large audiences all over the world, on radio, TV and has his articles featured in major Magazines. Dan Warburton is known as the pioneer or transformational coaching for entrepreneurs and we are so proud to now have Dan offering his extraordinary coaching and mentoring to you, the Eprenz community with preferential rates that are only available to our members.

Get mentorship from the mentor under MentorConnect Premier. Get started today.

Get mentorship from the mentor under MentorConnect One-on-One.