Most people that quit their regular jobs to pursue entrepreneurship will tell you that a traditional job is easier because starting a small business requires specific catalyst and often takes a lot of hours. However, in this interview, James Chang, a Senior Marketing Director and Entrepreneur, discussed how he overcame those challenges. 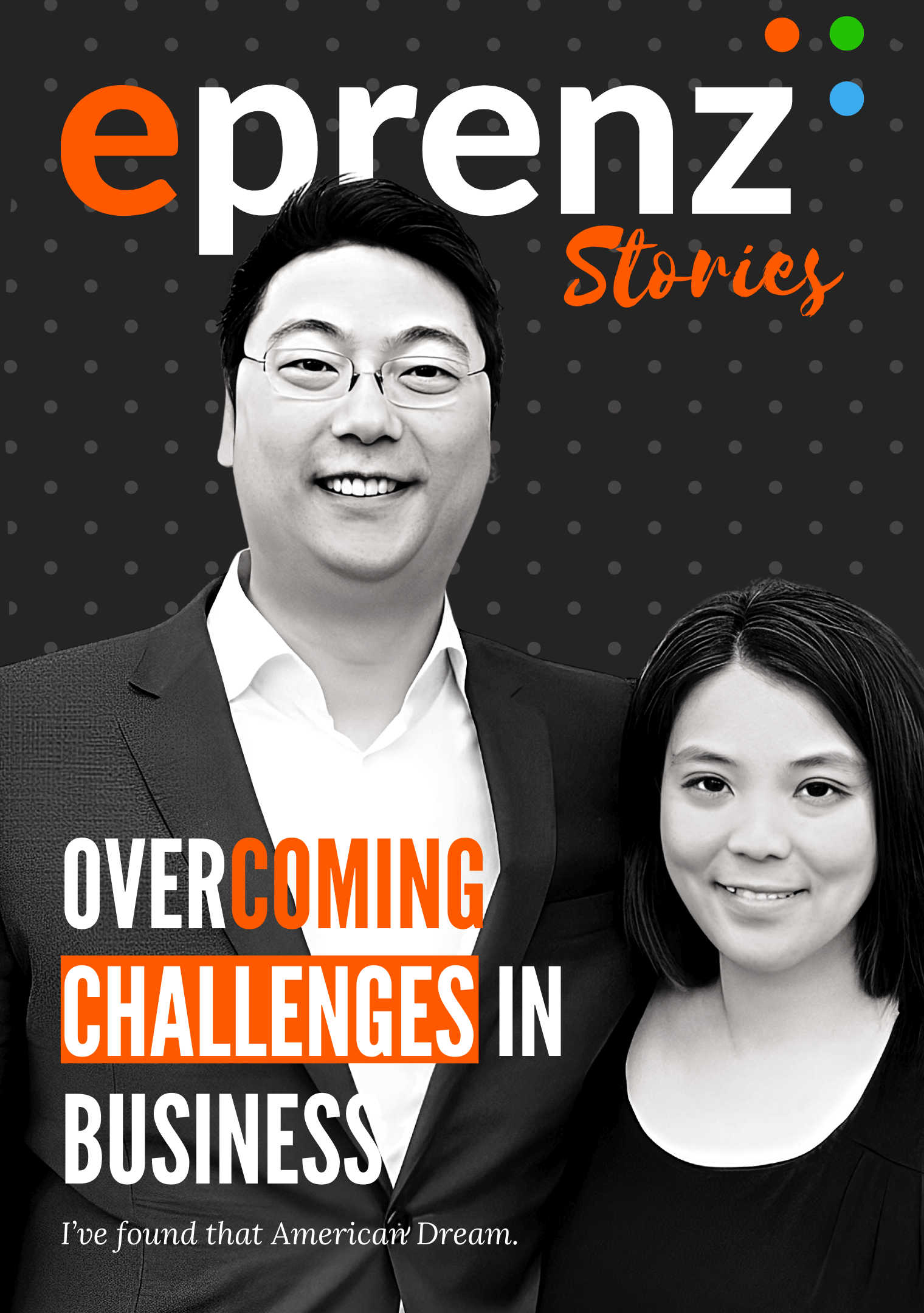 Introduction and Interview by David Wagstaff

This interview with James is one of the first in a series of articles from entrepreneurs, compiled with the goal of providing other business owners and soon-to-be business owners with a realistic view of what it takes to run a business and some of the challenges commonly faced.

James’ LinkedIn profile caught my attention because he wasn’t satisfied with the status quo. His profile starts with “I believe in challenging the status quo, beyond titles & 9 to 5. Pursue your American Dream!” From that intro, I gathered that he was willing to challenge things that are not working and that he has an entrepreneurial mindset. He is not interested in working a typical 9 to 5 job. While Entrepreneur are typically likeable, they are not always agreeable. According to the Journal of Vocational Behaviors  , like James they are challengers.

If you are going to go along just to get along, you keep your corporate job and probably are a good corporate employee. Good news for those of us willing to challenge the status quo.  Not only do they indicate a higher likelihood to become an entrepreneur but these qualities also correlate to success in entrepreneurship.

And when James mentions, “Pursue YOUR American Dream,” I’m reading he has a bit of looking in from the outside.  I was curious and wanted to learn more.

As I read more, I learned James came to America from Taiwan when he was 12 years old and didn’t know any English. An interesting study by MIT indicates 25.6% of all entrepreneurs are immigrants, and 56% of Silicon Valley Tech starts up are formed by immigrants (Source: MIT Press MIT Press Education and Tech Startups).  I learned that he struggled a bit in school, but he was grateful for living in a culture that promotes the entrepreneurial spirit. 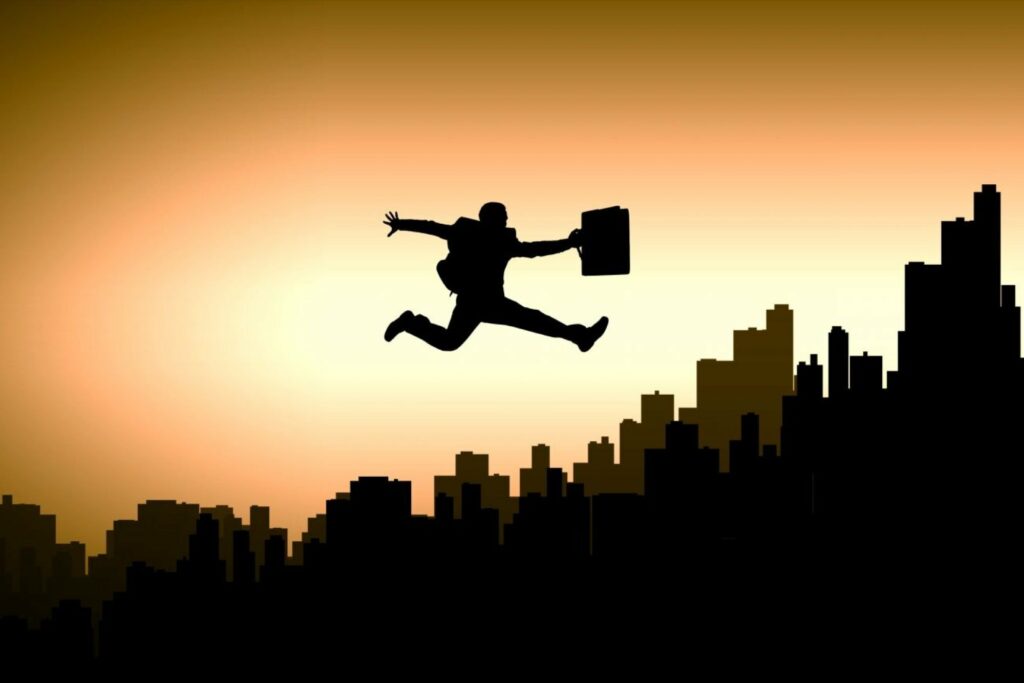 In my experience, while there are brilliant, academically gifted entrepreneurs, academic performance is not a key criterion for entrepreneurship. I have had successful clients with PhDs and successful clients who have not completed high school.  As this Harvard study indicates, the correlation between the level of education attained and entrepreneurship is weakly correlated, and when it is, it is typically in highly-technical fields, such as Chemical Engineering, that would require academic achievement for success. Harvard Study: Personality Traits of Entrepreneurs.

While there is no one stereotype for a successful entrepreneur, common characteristics I see include:

The other thing that makes James story unique in our stories of entrepreneurship is that it appears he didn’t start his own business from the ground up.  James works independently, much like a traditional entrepreneur, but he’s part of a larger enterprise.

Like many entrepreneurs, James has started businesses previously.  He started his first business and found financial success, but also found the hours it demanded put a strain on his relationship. Eventually, he and his wife agreed it made sense to back away from that business and spend more time at home and working a more traditional job.

But the spirit of entrepreneurship is so clear in James that it wasn’t long before he found World Financial Group. His role there is a hybrid, with some of the benefits of the structure and support of a traditional corporation while also providing the flexibility to work from anywhere. He can pick and choose the hours he works and has no cap to his commission. 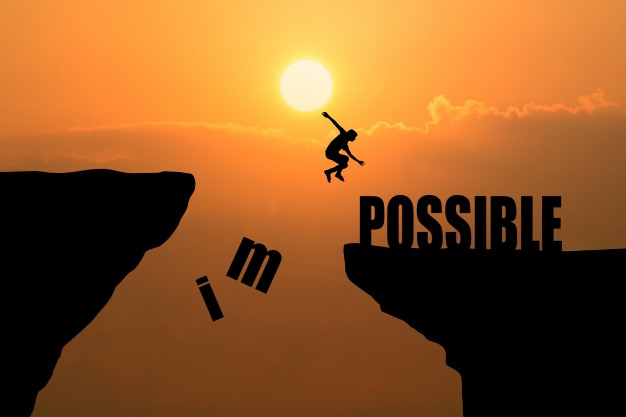 1) What led you to become an entrepreneur?

My first job was a simple sales job for a printing company. I did nearly a million dollars in revenue my first year and I was getting paid $7/ hour with barely any commission and no bonuses. My second job I drove from Chino to Burbank (about an hour and 20 minutes) to work and I did that for three years. I’ve seen what it is like to be in the 9-5 race and met those who have done it for the past 40-50 years. I asked myself if that was the end game I had hoped for in returns from my hard work, youth, and dedication; the answer was obvious, so I took the brave route of entrepreneurship. I was driven to find my own path and design my own life.

I was born and raised in a very wealthy family. At the age of three, I witnessed my family empire collapse due to a financial tsunami that did the domino effect and eventually made us move from the palace to the dumpster. I saw my mom save penny by penny and get us back to middle-class standards. My parents were very successful in business, they understood how to make money, but they never really understood how money worked. I thought, if someone as successful, educated, and intelligent as my parents had no idea, what about the rest of us? But then when you look at the traditional financial firms today who only focus on talking to the wealthy, they are not doing a very good job educating the community on this subject.

2) A brief description of your business and what are your aspirations for it?

My goal is to educate the public on the fundamental facts about how money works. This endeavor includes getting people out of debt (credit cards, student loans, mortgages, and tax liens), sharing tax advantages (W2 vs 1099), protecting people from the “what ifs” (income, medical, life), putting a budget into every household so savings become a habit, developing retirement strategies and finally offering people an opportunity where they can play offense and create extra income streams when financial stress has them held by the throat. I sincerely believe that American families would live a happier life when financial stress is reduced through education and awareness, where people change their habits and behaviors to build a life that deserves to be called an American Dream. I’ve found that dream and I live it daily, now I’m sharing how I did it.

3) What have you done with your business that you are proud of or that has worked really well?

Within the first year and a half, I had been given the prestigious recognition of becoming one of the top 25 producers in the whole country. This is a recognition I worked hard to achieve so I can present more credibility when I speak to new clients and assure them that I know what I am talking about when it comes to money and finance.

More importantly, I have helped countless people build their financial future by building them as a person. I infuse confidence into them by believing in them, coaching and mentoring them, and introducing the idea of leadership and giver’s gain into them. This made those who had worked with me lead better lives in their home and business. The feeling and fulfillment of this accomplishment is better than any big checks I’ve been given by far.

I love helping people, and I hope to attract many others who are like me to work together and make an even bigger impact on our communities around us. My goal is to build an organization big enough to fill the Staple Center with 22,000 seats. I believe by then, I will have enough influence to lower the American poverty level by 10%, which means 30+ million Americans being educated, becoming debt free, and have a solid foundation for their financial preparation.

4) What were some of your biggest challenges along the way?

Perhaps the same challenge I share with many other business owners from all walks of life is touching enough people’s heart and getting their attention. Many people today jump into conclusions quicker than you can finish your sentence. People lost the courtesy and the art of patience to fully understand something and that has made me sometimes ponder how I can improve my approach so that people give me a good listen and open their hearts to a genuine and sincere conversation as to how we can help each other. That is currently my biggest challenge.

5) Have you overcome the challenges? If so how?

Currently, I am taking Gary V’s approach by building a presence online that will focus on giving instead of selling. I called it “beyond motivations” – practical actions you can take now to improve your life today. I’m hoping by giving value and building a public presence, I can attract those who share the same aspiration and the idea to help others succeed. I am certainly looking for partners that share the same common values and beliefs as I do to build this culture together as business partners.

In my past, I was eager to see results. I could get them in the short-term, but typically I never got to keep them long-term. This is because I didn’t have patience. If I built a house without a solid foundation, when times get rough, or when the earth shakes ever so slightly, it falls. Always make sure you build your business with patience and base it on the foundation of integrity, trust, and long-term vision. If you are serious about your business, then don’t treat it like a garage project. Second, I believe empathy was a big lesson for me. I’ve always been analytical and for that, I rarely connected with others. In return, I impress the heck out of a lot of people, but I never really inspired them. There is a big difference between building a partnership or client relationship based on manipulation vs. inspiration. It takes someone who has gone through what I did to fully understand and appreciate what I said there, but if this rings true for you, I hope you can take away this nugget from my mistake and develop empathy sooner.

7) Is there anyone you would like to meet or connect with?

I believe I am looking for the people looking for me. I feel through the writing above, I’ve been pretty clear about who I am looking for. I believe in transparency with respect. I would love to meet and connect with those who have the vision to change our community and world for the better. Elon Musk is doing it through technology, I am trying to do it through finance and I seek others who would like to be a part of it direct or indirectly. 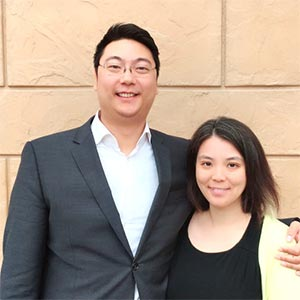 James is a passionate, likable guy who wants to help people succeed in reaching their financial goals.  His approach to business is influenced by his role model Gary Vaynerchuk, who encourages giving lots of value to people and eventually people will pay you back by becoming a loyal customer.

Is your coaching business underperforming?

Make your business work smarter and get ahead with team building. Schedule a call today.