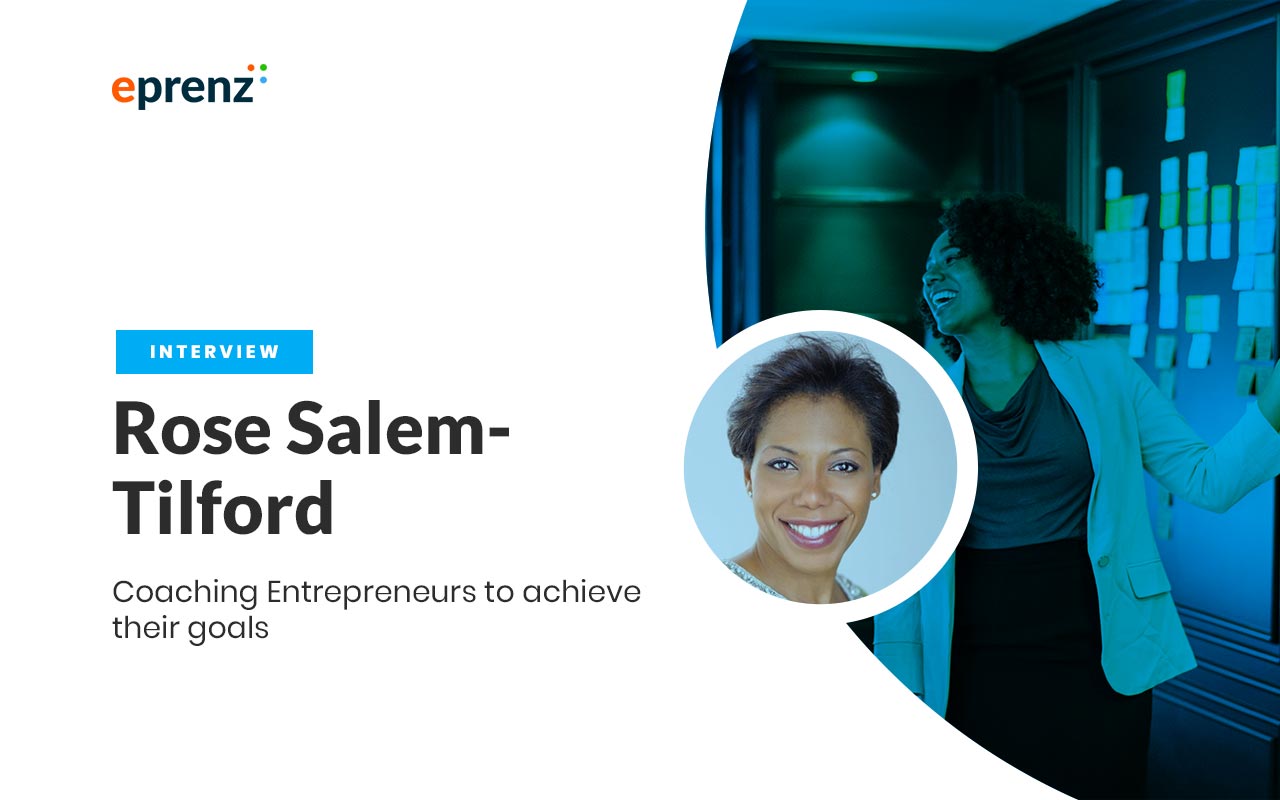 Introduction and Interview by David Wagstaff

This interview is among the first in a series of articles from entrepreneurs that I’m compiling with the goal to provide other business owners, and soon-to-be business owners, with a realistic view of what it takes to run a business, and some of the challenges commonly faced.  I’ve created an introduction to highlight points I believe to be of value to experienced and new business owners. If you like the articles, please share or retweet these to your friends and peers.

When Rose sent me a request to join the Entrepreneur’s Network, I noticed she works with entrepreneurs to help them reach their goals.  Since this is an entrepreneurs’ group, she was an immediate fit and reminded me of something on my own profile.

When I’m reading the profiles as I accept new members, I am looking for three things. 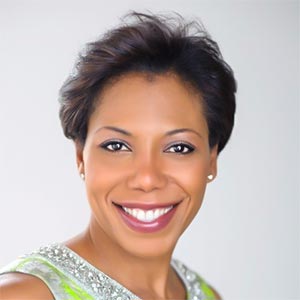 Rose is an experienced entrepreneur who is a valuable resource helping other entrepreneurs succeed in part by avoiding potential pitfalls.  She provides one-to-one, in-person coaching and facilitates peer groups, allowing business owners to band together to solve common business issues.  Rose makes a difference for people and communities that can benefit from her knowledge and experience.

With Rose’s profile, she said she coaches entrepreneurs to help them achieve their goals.  I’m an entrepreneur and want to reach my goals. I wanted to learn if she could help me.

As I read on, I saw she had successfully founded a business that was sold for an impressive $50 million.  Many entrepreneurs dream of scaling their business to this size. Its clear from that experience she could provide insights for everyone in the group, including myself.

I also saw she helps underprivileged youth gain access to information technology careers.   I always admire when entrepreneurs give back to the community throughout their career and once they have achieved success.  As an entrepreneur and as a person, I want to work with nice people who are out to make a difference.  Think about it – would you rather work with a narcissistic person who is only in it for themselves? Or would you rather work with a human who cares about you and will put in a little extra work to make sure you succeed?  If you haven’t read Adam Grant’s book “Give and Take,” I highly recommend it.

In Rose’s story of starting her business, I was amazed and impressed by how quickly success came to her.  She knew it was risky to let go of a corporate job with excellent income. We have seen in previous interviews that entrepreneurs often feel trapped in the corporate job because of the income, but once they leave they are exhilarated by the freedom and the challenge of starting something on their own.

While it’s less common for success to be as quick as it was for Rose, timing and having a supportive community make a big difference.  Someone introducing you to the right person at the right time can make all the difference in the world. If someone cold calls you, how much trust or confidence do you have in taking the call and their service? By contrast, if someone introduces you, you naturally have a connection and at least a little trust. That dramatically lowers your risk when you decide to do business with them.

A friend of mine introduced me to a senior financial professional at a multiple-billion-dollar insurance company.  We were just meeting for coffee.  Just before the meeting approached, the senior financial professional was asked to lead a major project to identify ways to reduce corporate costs.  While they had an internal business consulting team, they did not have the capacity or experience doing this type of financial consulting project on their own.

I went into the meeting with nothing prepared, but was willing to listen to their needs. At the end of that first meeting, I was asked to prepare a proposal which soon turned into a $250,000 project. After 15 weeks we ended up delivering over $7.2 million in expense savings to the company, without the loss of any jobs. In addition we provided numerous insights into their spending, including changing their perceptions of addressable and non-addressable spend.  The project was a huge win for the client at a time when they needed good news.

So, much as Rose experienced, the right introduction at the right time produced significant business results.

Also meaningful to me in Rose’s story was when she said that “throughout my life, situations have arisen that have ignited a passion within me to make a change.”  That is the essence of entrepreneurship for those who are in it to win it.  As we have seen in previous articles, many entrepreneurs start their own business for flexibility or life issues, and I totally respect that and can understand the reason and appeal.  But for those who are really in it to build something big, it’s a calling. It’s a need to change something that isn’t right.  As we saw in James Chang’s article, it’s not accepting the status quo. I love that aspect of entrepreneurship.

I hope you enjoy Rose’s story as much as I did. 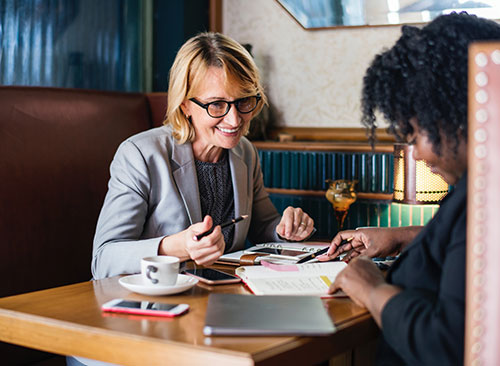 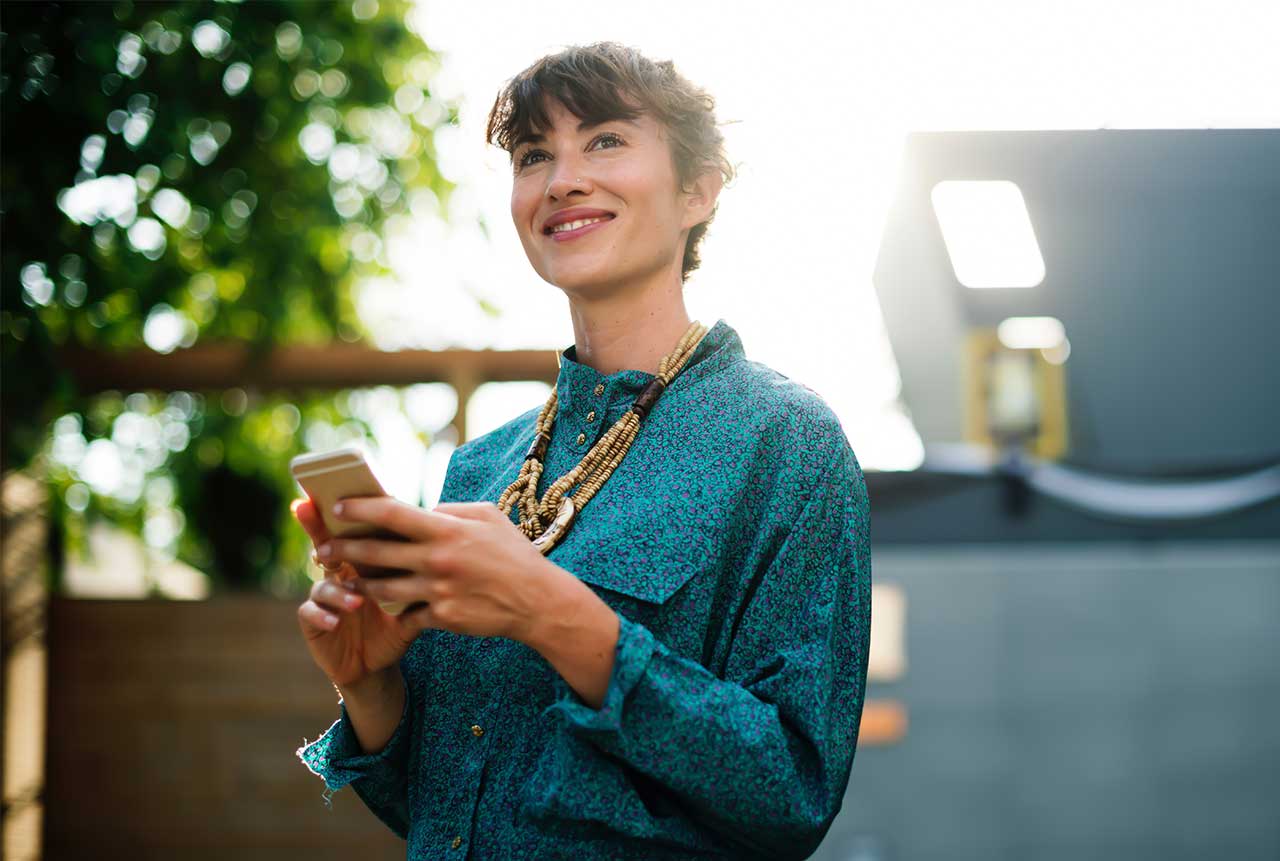 1) What led you to become an entrepreneur? A brief description of your business and what are your aspirations for it?

What do you do when your salary is in the high six-figures and you are doing a job you love in an environment you hate, with a boss that you’re constantly at odds with? Try as you might to tow the company line, every fiber of your being is sending signals that there has to be more to life than this. Your hands are tied by “golden handcuffs.” This was my story during this pivotal point in my life (I was also engaged to be married!) If you are anything like I was at 28, you go with your gut!

I left the J-O-B, said “I Do,” and three months after giving birth to my son, Salem & Salem Consulting was also born. I wasn’t excited, it was more like scared! And I couldn’t have done it without the incredible support of my late husband, Steve Salem; he had so much confidence in me. Also, Bob Broderick, my dear friend and business associate. He said “Rose, I can get you into this company. It is a Fortune 500 banking company and I will help you. You are a great recruiter. You can do this!” He put me in touch with his manager who gave me my first job opening and Boom! Just like that, I was off and running. I later went on to be one of 14 preferred IT Staffing vendors for Citibank. In six short months, from the $1,000 I initially placed on my credit card in July 1997, to the end of the first year, the company generated a little over half a million dollars in billing. Two children and seven employees later, Salem & Salem revenues soared to over $4 million. When my husband passed away from cancer in 2002, I was left as – not only the president of Salem & Salem Consulting – but also the president of a $2 million joint venture record label with Elektra/Warner and Salem.

Coming from the Information Technology world, let’s just say the music industry is very different. But, being adaptable and well-schooled by one of R & B’s ground-breaking managers/label owners, (Lisa Lisa & Cult Jam with Full Force and platinum artist Snow) again, I jumped in. Equalizer would be a fusion of both our worlds. The goal of this program was to help underprivileged youth by creating a workforce from people who lived in urban communities, training them, and equipping them to work on Wall Street.

In early 2000, there was a stoppage of H1 visas, similar to what’s going on today. This created a shortage of people in the IT industry as going out of the country for talent simply widened the gap. By 2005, I partnered with The Harlem YMCA, Sun Microsystems and a few great celebrities such as Russell Simmons and Alan Houston. Today there are a few organizations that have created programs that train and place individuals at companies. As you may notice, I am a strong believer in the old proverbial saying ‘Necessity is the mother of invention’. And not going against the grain. By 2006, I completely left the IT industry and I created an entertainment and marketing company, Blackwave Group with my now ex-husband. Blackwave merged with Blue Equity to become BEST, a sports and entertainment company, with a roster of clients such as Andy Roderick, Rasheed Wallace, Janet Jackson, Sierra and more. It was later sold off to Lagarde Sports.

Throughout my life, situations have arisen that have ignited a passion within me to make a change. It could be as simple as not being able to find a wedding dress for my stepdaughter‘s wedding in 2011, which propelled me to partner with Robin Goldberg and open up a dress shop, One Mode, in Cincinnati, Ohio, and later in 2014, a Luxury Celebrity online consignment shop. Although driven by passion, I was raised to be very analytical. My mother would often say, “measure twice and cut once.” I bring this passion, years of experiences, and desire to help others succeed to each in-person, one-to-one business coaching session and monthly CEO peer group meetings. Today when I am asked, “What advice do you give entrepreneurs?”, I quote Walt Disney, “If you can dream it, you can do it,” and a Japanese Proverb “Fall seven times and stand up eight.”